At this point, we can safely say that we’ve seen Legion in its final state. So, why not having a look back at all these things that kept us busy during the last two years. This is not a review, just a list of “we did/didn’t enjoy”.

General design of the zones

The Brutes: From Stormheim to Argus, this expansion was gorgeous. Of course, we have our preferences, like High Mountain and Mac’Aree, but all zones were fantastic to level and to quest in.

The Brutes: We’ve always been fans of daily quests. It’s a nice system that keeps you busy and gives you the feeling to work toward an aim, mostly the reputation with a faction. I remember, in MOP, Soforah and I were thinking that it would be nice if they could find a system to keep our interest in the dailies beyond the exalted status and, boom, they’ve made it with the emissary caches and the random rewards they contain.

The Brutes: To us, one of the best things of this expansion. We wish we had the time to complete all the class halls. We’re actually sad that it won’t continue in BFA. We enjoyed every aspect of it, from the halls to the special mounts and the amazing quest lines.

The Brutes: Eventhough we’re not PVPers, we enjoyed these quests. While the Tower Assaults are a quick PVE strike granting PVP experience, events like Black Rook Rumble really hit the spot by introducing us to some fast paced PVP content. We enjoyed each of this event and, sometimes, they were even the funniest things we’ve done all day. Also worth mentioning: the PVP brawls, also a ton of fun.

The Brutes: There’s no secret here: we love fishing, and we are really happy that Blizzard has provided us with even more reasons to use our (gorgeous) fishing poles. Way to go Blizz!

Sardoken: It became my challenge and probably my first source of end-game content. It’s exactly what I was looking for: an intense but short instance that would make me want to become better geared and skilled. Finally, all this work on my rotation and my ilvl is put to the test. I’m really happy to read that myhtic dungeons are gonna be pushed further in the next expansion.

Sardoken: I’m a bit shared about this one. I enjoy a challenge and working toward an achievement, but the difficulty of the challenges doesn’t feel balanced. For example, the Resto Druid challenge is incredibly longer, harder and more frustrating than the Beast Master Hunter. So, we may all run around with our challenging appearances, but they really don’t mean the same thing.

The Brutes: We need something that gives us the feeling that each gaming session brings us further toward an objective and collecting the artifact power gave us just that. We don’t need to be geared instantly, we’re more of a “it’s the road that matters” kind of persons.

The Brutes: Helping a faction with their own troubles, so they will help us in return isn’t a new thing, but helping Thalyssra to create a new source of Mana so we could overthrow Elisande and finally defeat Gul’dan was awesome. It really feels like a lot of work was put in the insurrection quest chain, and seing Thalryssa joining the Horde felt the same as when an old friend decides to join your team.

The Brutes: It may seem trivial to some but hunting those hidden chests really adds a lot of pleasure to our exploration experience. Just one thing we’d like to see changed in BFA: don’t make us carry the treasure maps in our bags anymore.

The Brutes: The quest that almost made us quit: how dare they force us into real raids and mythic dungeons! Well, we were wrong. This quest is what made us use the premade tool, introduced us to mythics and was the greatest source of entertainment during our X-Mas holidays. Sorry Ion, we shouldn’t have doubted you.

The Brutes: While we understand why some content needed to be gated, it doesn’t make us hate it less. Gating broke our first run through the expansion. We enjoyed all the quest lines while leveling our Druid, once the gating was gone. Don’t do this again, please!

The Brutes: A complete fail! I can’t believe that they’ve managed to make engineering boring, and I’m not even talking about Jewelcrafting. Obliterum was inexistent to us. The only time that we wanted to use it to improve engineered goggles, it didn’t work. It has never been documented, why couldn’t engineers use it, it is a complete mystery to us. Cooking was horrible, I hate Nomi and I hope that he burns in his kitchen, just like he burned so much of my food! 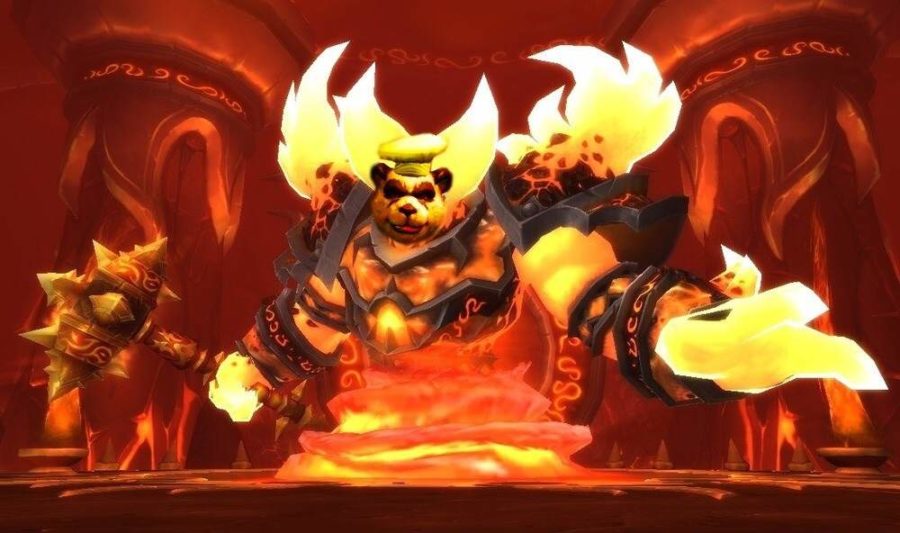 The Brutes: Not much to say there. We don’t really raid enough to judge the mechanics. Design-wise, we enjoyed Emerald Nightmare and Tomb of Sargeras the most. We really didn’t like Antorus.

The Brutes: Pet battle dungeons, Hidden secrets, Timewalking raids, The deaths of Chromie, the Death Metal event at the DMF and micro-holidays. All small things that add so much to the game.

Besides gating, Legion was an awesome expansion, probably even better than WOTLK when it comes to gameplay. Good systems were improved and new ones were introduced to enhance our experience and increase the replayability. Good job Blizzard and congratulation to the man behind all this: Ion Hazzikostas.

Where the hell have we been? Well, we’ve been chasing butterflies and enjoying the change of seasons. We had a great Halloween, filled with good (and less good) horror movies.

We’ve also been reflecting on a way to enjoy WoW without being constantly burned out. Spending our entire WoW time hunting achievements was easily getting tedious. We needed to enjoy more of what the game has to offer, and we really didn’t enjoy instancing with our hunters. So we went back to our druids. Don’t worry, we’re still brutal, only a bit softer (probably because of all the feathers).

My first character in WoW was a druid… It was the time when only Taurens or Night-elves could be druids. I remember that morning, Soforah was about to join me at the office for lunch and we were going to buy games for our Easter holidays… Instead of working, I had spent my time reading the descriptions of all the classes and races, trying to choose which character I would create. I rolled a druid for a few reasons:

So, for a year or two, until The Burning Crusade, I healed in raids and I was pretty happy. Until the day I decided to see what the other classes had to offer. From that moment on, I’ve only been switching characters: rogue, warlock, mage, shaman and, finally, hunter.

I kept playing with my hunter through Cataclysm, Pandaria, Draenor and almost all Legion, but I’ve never been really happy with my class. I thought that the strong ability of the hunter to solo almost everything would open all doors to me. Unfortunately, it did quite the opposite, I didn’t have fun in dungeons, raids or PvP anymore, so I kept hunting achievements.

Most of the time, I would play for a few months, then get tired of doing the same things all the time, quit the game, then come back for a few more months… This has been my WoW pattern for the last 6 years.

During my recent break, I thought that the day I would come back, I would change radically, I would go back to a class that would give me fun in raids and dungeons: the Druid. So, without further delay, I present you Madstag, my Tauren druid:

It’s been a few weeks that I’m trying to catch back on the expansion, mixing instances and quests, and I’m having an absolute blast! Not only have I found back the pleasure to heal in raids and dungeons but I’ve also found back the drive to gear my character, to perform as good as I can. My game time is more balanced which greatly helps preventing the burn-out.

When Sardoken told me that he wanted to main back his druid, I thought about leveling mine to keep him company. But, as I was playing with my moonkin, I realized how much more fun I had than with my beast master.

Eventhough the DPS of my balance druid isn’t as big as my hunters’, I just have more fun casting spells and shapeshifting. Also, I’ve missed my Tauren and I’m glad to find her back, meet Dragondoe.

I’ve practically caught up on on almost all Legion content, I’ve even started “Balance of power” which I didn’t with my hunter. I ran an heroic, a normal raid, a few mythic dungeons and had fun doing these! Now that’s something I thought I’d never say!

Until a week ago, I always thought that LFR and LFG were more than enough for me. I guess that playing the wrong class never motivated me to get out of my comfort zone. I dreaded running dungeons and raids, grouping up in general was like a stressful nightmare. This made me feel left out in the game for years. My moonkin, on the other hand, made me realize that all these things are actually fun and make me look forward to my next gaming session.

At the moment, Sardoken and I are in the middle of our 3 week Christmas holidays, which means that we have more time to game! Here’s a list of all the things that I wish to accomplish in WoW before the end of the most wonderful time of the year:

There’s a lot more that I would like to do, but what would be the fun in completing all at once, right?