I know, it’s a bit late to start talking about an event that happened last thursday, but that’s the kind of luxury you can afford when you write a blog and not in a news website… The truth is that, if I would have posted right after the stream, I would have used way too many superlatives… Now I’ll use it only once and I’ll do it right now: Amazing!

Ever wondered what makes Blizzard games so incredibly popular? There is, of course, the legendary level of polish and the insanely fun gameplay but I believe that the lore is also a huge part of their success.

There are not so many MMORPGs where people know the names of the vilains or the leaders while most WoW players know Sylvanas, Thrall, Arthas,… Their lore is articulated around very charismatic characters, and their stories are very well diluted all along the gamer’s experience. I know that not everybody is a lore whore but I’m sure that everyone’s experience is affected by the stories of Blizzard.

With Lords of War, they take it even further by creating out-of-the-game story content.
Having seen how The Shattered Hand was started will make me even more attentive to pieces of lore related to that faction in the next expansion.
Everyone knows now that Garrosh was defeated and brought to trial, but to see him handing back Gorehowl to his father after having kept him from drinking the cursed blood was mind-blowing.

On a final note, I’m so happy about the release date. We are moving to Brussels during the month of October and I would have had a lot of difficulties focusing on a new expansion and a moving at the same time. We will be well installed in our new quarters when WOD will be released and without our daily train trips, we’ll have plenty of time to enjoy it! 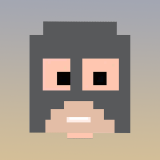 5 replies on “The Lords of War(craft)”

Woot – at least you will be all internet ready and unpacked and ready to tackle a new expansion! And glad to see someone other than me was moved to a more heightened level of interest after learning of the Shattered hand and not drinking Mannoroth’s blood… though perhaps it is because we are horde that it seems that much more interesting? I wonder if I would have felt the same had it been a large alliance lore that was being altered!

Hey Navimie, nice to read you here 😉 I don’t think that Garrosh’s story would have the same impact if I was on the alliance side either. The destiny of the entire horde was involved the night Grommash drank the blood. If you’re a little bit into stories and you’re on horde side, this has to touch you somehow… Btw, I just added you to my blogroll 😉

Great post, here’s to a safe, organized and pain-free move! What country are you guys in right now? 🙂

We’re in Belgium, about to move from Hasselt to Brussels. I’ve been on the road 3 hours/day for the last 14 years, now it’ll be 18 minutes to my office. It’s gonna be awesome! It was hard to find a good place in Brussels but we’ve finally made it 🙂 And you, where are you from, mate?

I’m actually in Sweden, but I play on North American servers since I lived in California for eight years, it’s weird to move ‘back home’ to Sweden. I still feel American at heart.